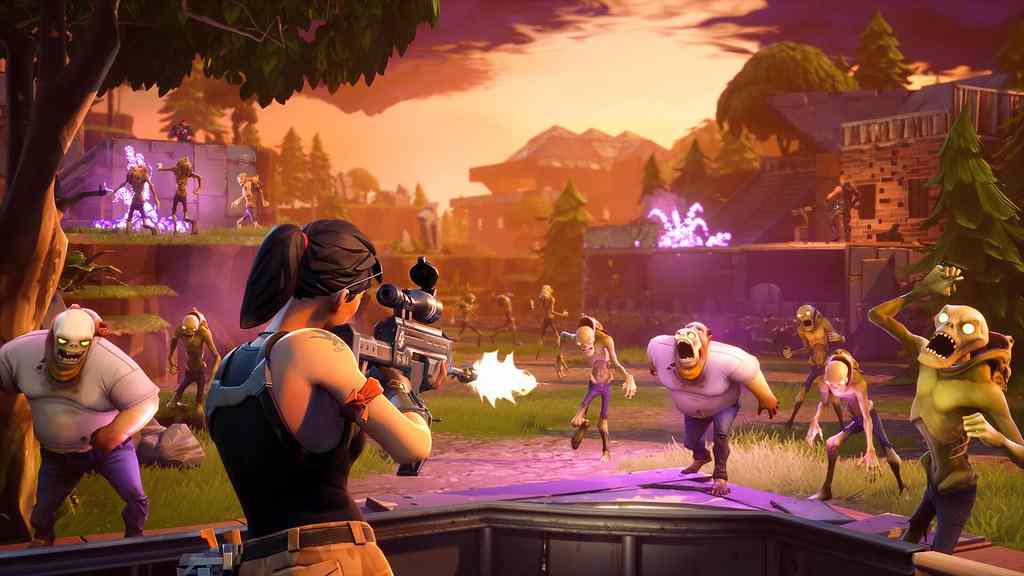 Fortnite Video game developed by Epic Games is an very popular game for online video game was released in 2017. The game is available in three different game mode versions. Fortnite is a fight and survival game there are 100 players who fight each other to survive in the battle. The game is one of the best game on earth the estimated users of the game is 125 millions and more.

How to Play the Fortnite Video Game?

The entry of the player is awesome player dive from the sky on an island and player was equipped with axe and he has to avoid a killer electrical storm. In the game when a player eliminated the field get smaller. In order to play the Fortnite game player need to open an account with Epic Games and the game is completely free to play.

The player can make it easy by login with google account or Facebook account with Epic Games or can also create a new account. The player can choose in what mode player want to play solo or duo or in squad. The interesting part is a player can also add his friends and play in together as a team.

Children are the fans of the Fortnite Video Game. Fortnite Battle Royale is a survival game and player had to survive and fight the other 99 online players to win. This competition is made in you and urge to play the game. Player has to survive the storm and before every storm there are a countdown which inform you about it.

Apart from game features the game animation and color used in the game the graphic loved and made children love the game. Click here to know  about Tetris Battle.

The game has become so much in demand that developer planning the game to be launched for mobile devices with many new updates and the game will be free to play. Children love the dinosour costumes also chistmas costumes which is fun. With Emote feature dancing is fun during the game these features made player amaze. There is also an intersting chattng features in the game player can chat each other during gameplay.

You can alos watch the many player or youtubers making video of their playing the game and provide a tutorial for the Fortnite Video gameplay. Fortnite Video Game has become the most viewed gameplay.

What are the risk involve playing the Fortnite Video Game?

The age that required to play the game is 12+ but it is not ask at the time when creating an account.

The Fortnite Video Game is link with the Facebok and Google and the user may add other player as according to it liking and other gamers involve playing the game whom they don’t know. Make a close watch with whom your children making friends.

In the same way like you add a friend to the game you are also add by someone in the game as per the default setting of the game.

Players involve in the game from all around the world and their age and gender may be unknown.

Parents should watch their children if they involve in the private chating with the other gamers as they may be exposed to the offensive language by the other people playing and it is really very good if a children take prmission before playing the game.