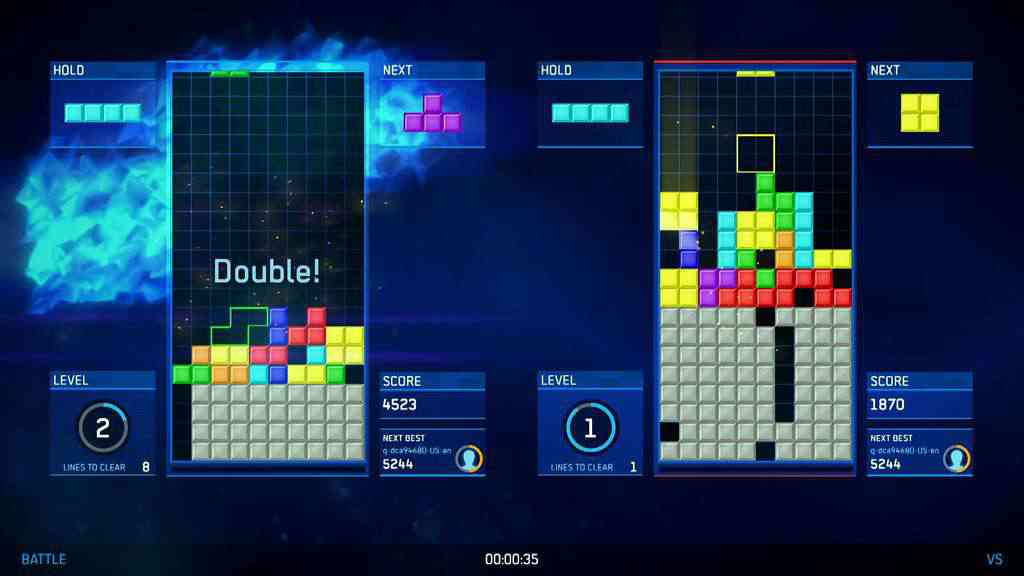 Tetris Battle game is very popular game available to play on Facebook, it was flash based browser game. In order to play the game the player must be the age of 13 or above to play Tetris Battle. Tetris Battle was the successor of Tatris Friends. On Facebook you can challenge your friends and play the Tetris Battle online with the friends online.

Tetris Battle is a multiplayer game It uses KO system. The game is free to play but sometimes it limit the time where a player has to spend real money to play and sometimes it also offer one use game items where player spend cash to play. The game daily played by over 4 million users which was over 16 millions a month. Beside being a popular game tetris Battle and Tetris Friends are not available on Facebook.

New player can start with 5 Tetris cash and 1000 coins, this game uses Tetris guideline rotation for its rotation system.  There are total seven modes and 5 multiplayer and 2 single player. Click here – Wii Games.

Some Features of the Tetris Battle game

Tetris cash is from which you can buy anything in the game like energy,day tickets,permanent skins or decor and also armor.  Player has to spend money in order to earn Tetris cash. Through Tetris cash player can unlock other modes in the game.

It is used to buy boasts in the game and many other things like Decors (temporary skin) 5,10,15,20,25 or 30 tetris coins player get for each game it played. You also won coins in daily lottery and if you take triple coins your coins will be multiplayer by 3.

Energy in tetris battle is a way to limit the game playtime. The maximum of energy that a player get is 30, each gave cost 5 energy points if player energy is over or finished then player has no option other than use energy pack.In every 5 minutes energy refills that is 25 minutes per game.

In the game there are many items and things through which you can earn energy these are medium energy pack, large energy pack, full energy pack. If a player collects and uses all the seven pieces it fully restore the energy, apart from that one day ticket and 7 day tickets also restore energy.

XP in the Tetris battle stands for experience player gain by playing the Tetris Battle.You will reach at level 1 when you reached the XP level. Every time you level up in the game you will get the 200 tetris coins that was before March 2013 1 tetris coins.

In my opinion experience is not o do in the game as to unlock certain level and boost the game.