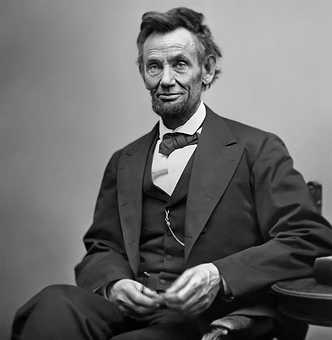 Nelson Mandela was a first black president of South Africa. He has very powerful presence and his personality even melts the enemies. He dedicate his whole life for fighting for equality he is an advocate of civil right and fight for the racist system of  apartheid. It is his quality to always speak the truth. He was very humble.

He established the first black law firm in South Africa in order to form the national Congress in Africa ad he even refuse for any pardon as because of the continuing of injustice. He has more than 250 honor in his named which also include the Noble Price for Peace.

Mahatma Gandhi is the well known political and spiritual leader of India.He was born on 2 October 1869 in Gujarat India.He empower all Indians towards the Salt march, he also started the civil disobedience movement . He was the person whose effort leads India attained Independence. He was a visionary leader and known as the father of the nation.

The father of the nation Indian respect him a lot. his full name was Mohan Das Karamchand Gandhi. He was an advocate and also fight for the racism in South Africa from where he completed his law and faces racism there.

A P J Abdul Kalam was also known as the missile man of India. He work for the development of the ballistic missile and also its launching technology. He also served as the President of India. He also played a vital role in the Pokhran II nuclear test. He is very ground to earth person. He also wrote book Wings of fire. He always said never stop learning.

He was well dedicated person and very religious . He has done a a lot for the development of the missile in India and also made valuable contribution in science.

Albert Einstein widely known as the greatest physician of all time. He made many interesting discoveries like  theory of relativity,  theory of quantum mechanics and these are the two pillars of physics. He was one of the greatest scientist and had work and contributed a lot in physics.

Albert Einstein is really a very great scientist and  physicist apart from his relativity theory, he also have some common discoveries of a products like paper towel, lasers etc . He also have given understanding of space,gravity and also time. He also given theory of light.

Mother Teresa was a Roman Catholic congregation of women dedicated to work for the poor. She was considered to the greatest humanitarians of all time. She was called the  Saint Teresa.

Mother Teresa was born in 1910 and died in 1997 she devoted her life helping and serving the poor around the world. She founded the Missionaries of charity and it was devoted to those who were in great need.Mother Teresa is social worker and she taught that serving the poor and sick needy is the best way to serve God

These are some of the names of the very important personality who have worked for humanity and serve poor and person in need. There are many other who are not included in the list but they are also as important as all those who are mentioned above,

1 thought on “Some Important Work Of Famous Personalities”