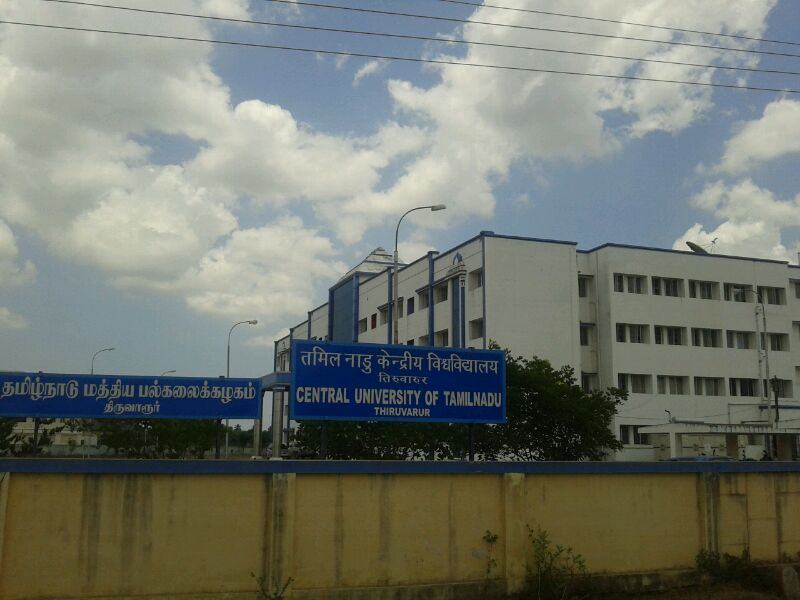 Central University of Tamil Nadu established by the act of Parliament in 2009, It is an institution which provide higher education. The University was established in September 2009 by Kapil Sibal who was the Union minister at that time in Tamil Nadu.

The University has big campus of it own which spread over an area of 516.76 acres. Area of the campus spread over the two revenue villages of Neelaudi and Nagakudi of Thiruvarur District.The two village has the advantages of that and is developing with rapid speed. The government of Tamil Nadu implement many programs related to the campus which in turn is very help full to the village, widen the road project that allow two way traffic. A bridge over the river Vettar bullt that connects the two campus. Kendriya Vidyalaya also opened in the village  connected to the Campus which has classes upto 12 standard.

In 2016 there are total 57 centers that conducted the entrance test for under graduate and post graduate admission all over the country. More than 80,000 application forms are collected by CUCET in 2019.

The Central University of Tamil Nadu is a big Campus it has 12 schools which also includes the school for Social Sciences and Humanities, School for math and computer science as well for management,commerce, art, training and education etc.Various other courses that includes UG and PG programs B.A,BCom, BSc,BCA,BEd ,MCom,MBA,MCA,MPhil,PhD.

Placements by CUTN Central University of Tamil Nadu provide very limited companies to offer placement. There are 1 or 2 companies that are allowed to take interview of students for placement. Anthem Biosciences Private Limited and Syngene International Limited 10 students got the placements they offer a starting basic salary of 25000 per month. Slowly slowly package of salary increase.

CUTN provide it students and staff the best environment and infrastructure related to health center includes ambulance service for 24 hours, a library for student, sports and its equipment. Banks facilities , ATM at places near area of residence separate hostel, Wifi facilities are also made available. The infrastructure was build properly for smooth transportation.

Every need is taken care off and every important facilities for boys and girls are made available. Central University of Tamil Nadu is considered one of the best Universities in our country.