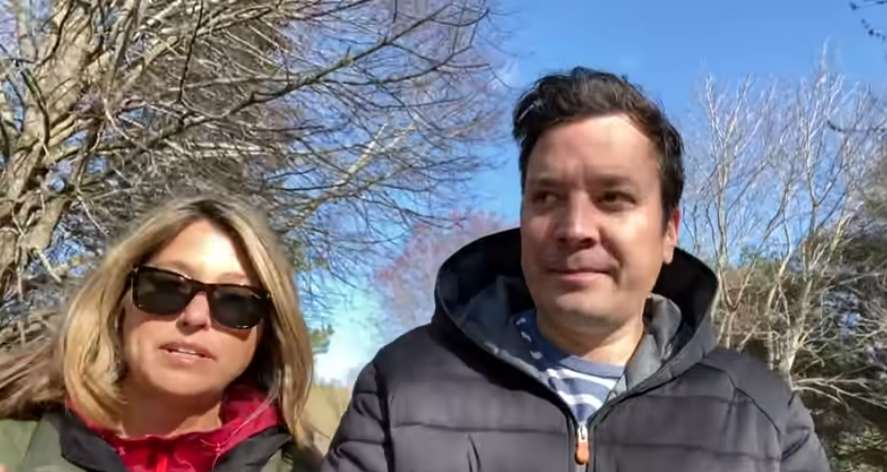 Nancy Juvonen who was a successful producer and writer known for her work in Donnie Darko in 2001, Charlie’s Angels in 2000 and 2019. She was born in 1967 in California USA on May 18.  She got married on 22 December in 2007 to her boyfriend Jimmy Fallon on Richard Branson’s Necker Island. They both have two children.

Nancy was raised in Mill Valley in California on 18 May 1967.Her father William H. Juvonen was executive in aviation industry, a Stanford University alumnus and also former Marine Aviator. Nancy completed her graduation in sociology and in cooperative education from Southern California University.

After completing her graduation like any other fresher she has also worked in many places. She has also worked at dude ranch in Wyoming, as a flight attendant. She also worked for an artist. Later she join as  assistant to Clarence Clemons was member in E Street Band. Nancy met her best friend Drew Barrymore who is a writer and producer and at that time he was working on the set of Mad Love. After some times she founded the Flower Films with Drew Barrymore.

Nancy Juvonen married to Jimmy Fallan who is a Comedian and the host of the famous show The Tonight Show. She married in 2007 when Jimmy proposed her on the deck at the time of the sunset with ring especially design for the purpose at the Nancy’s place in Wolfeboro near Winnepesaukee in new hemisphere.

After the proposal they planned to married after four months. They have two children both are girls. The elder one Winnie Rose born in 2013 and Frances Cole who is younger born in 2014 with the help of Surrogacy.  Tawny Kitaen

8 thoughts on “Nancy Juvonen || Successful producer and writer of Hollywood”