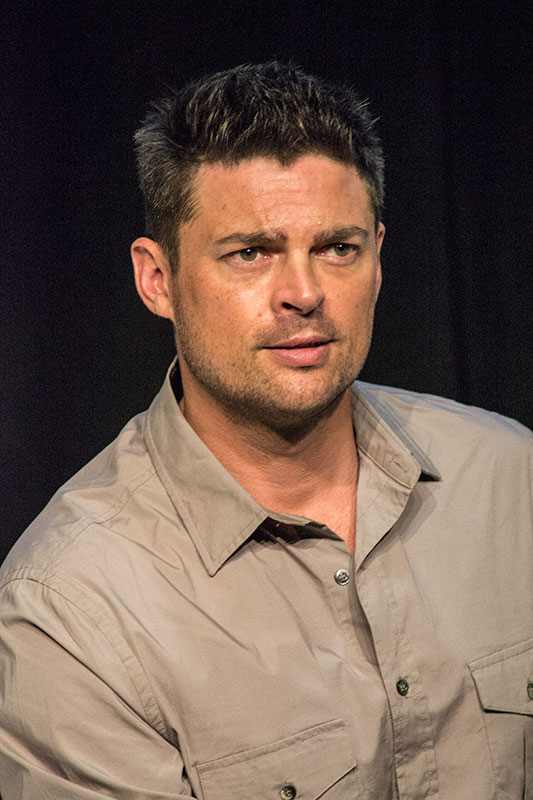 Karl Urban one of the finest actors of Hollywood born on June 7 1972. He first appear in films and T.V series in New Zealand. In Hollywood he was first seen in the movie Ghost Ship in 2002 which was a horror movie. After that he never look back he had many successful films in his hand, he was seen in first and second part in Lord of the Rings.

He was also there in Star Trek reboot film series. He plays the Vaako in the Riddick film series, In Thor Ragnarok he played Skrurge, in Dredd as Judge Dredd also seen in web series The Boys in Amazon’s Web Television.

In Wellington, New Zealand Karl Urban was born where his father was German Immigrant and has his leather goods shop where as his mother was once worked in film there. All because his mother worked in film once he developed interest in films.

He studied in St Mark’s Church School. At the very young age of 8  act in the New Zealand television where he had only one single line to say in Pioneer Woman. Whereas in school he always takes part in school plays and become serious  about acting after he completed his high school.

After he completed his schooling he attended the Wellington Collage in 1986 to 1990.For Bachelors of Arts he enroled himself in Victoria University but left for acting career.

He can be seen from time to time in the television commercial those days and he also did theater roles in his wellington area only. Later he shifted to Auckland where he appeared in many guest roles on television. Later he moved to Sydne,  Australia in the year 1995 and in the same year he return to the New Zealand.

Karl Urban married to his long time girl friend Natalie Whongi in 2004. He was blessed with 2 sons named Hunter born in 2000 and Indiana born in 2005. But this beautiful couple divorced and separated in 2014 and sell there mansion which cost NZ$5.25 Million in Auckland for NZ$6.65 Million in December 2014.

Karl Urban belongs to new Zealand that is why he started his acting career from New Zealand. In the beginning he appeared in many television series, he appeared in television soap opera Shortland Street, after that he got a chance to appear in Hercules:

The Legendary Journeys which was an American Television series. He was seen in many TV series like he played Cupid and Julius Caesar from 1997 till 2001. He was seen in Altared States then in Lifeblood and both the TV series were filmed in New Zealand.

He received his first nomination for the The Prince of Milk in New Zealand. He won the best supporting Actor in 2008 for Out of the Blue.

After his success in the New Zealand where he established himself a successful star he move towards the Hollywood. Karl Urban made his debut in Hollywood with horror film Ghost Ship. After his entry in Hollywood he seem to appear in many film under big banner like Star Trek, Lord of the Rings,  The Bourne Supremacy, The Hollywood Reporter, Doom.

He was one of the finest actors that have been considered for the role of the British Secret Agent 007 but unfortunately he did not able to do it.

Karl Urban also made i=his appearance in Red.he Join the Josh Gad’s YouTube series. He appear in many movies in Hollywood and also won many awards for his performance. He won the hearts of many fans.Karl Urban was one of the finest stars of Hollywood.

2 thoughts on “Karl Urban : The finest actors of Hollywood”