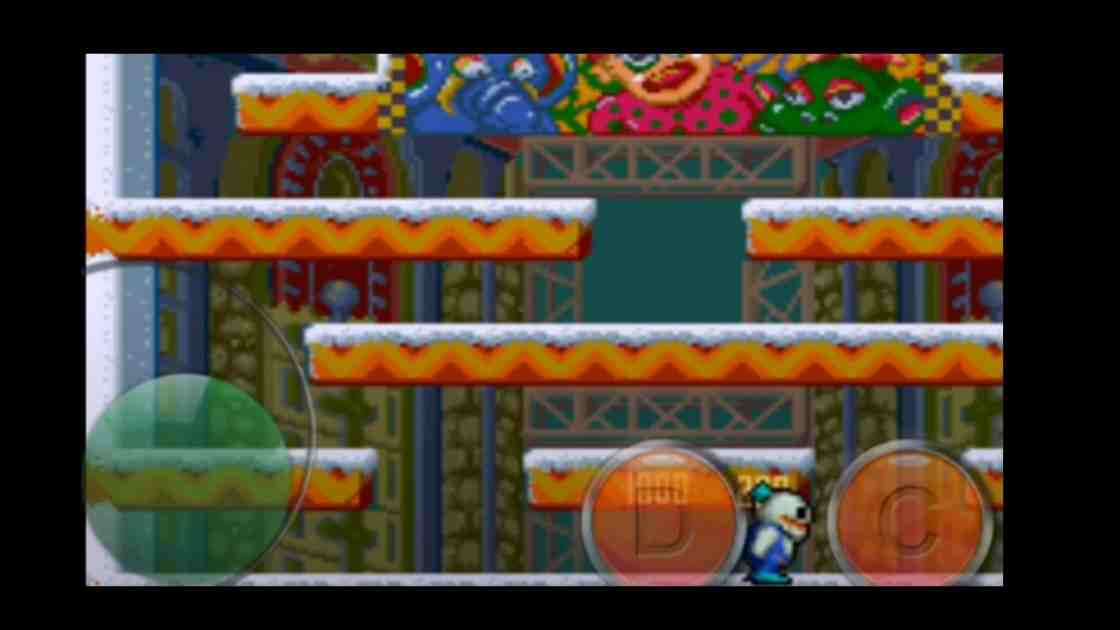 In the year 1990 Snow Bros game developed by Toaplan. Snow Bros is a arcade video game which is first published in the 1990 in Japan. After japan it is launched by Romstar in North America and then in Europe.

Total 50 stages are their where player are given task of travelling through 50 stages and jumping and throwing snowballs two player Nick and Tom are given task to navigate the level travailing and defeat the monsters in order to save the princess from the Puripuri and Puchipuchi. The game become famous and featured and developed by many other developer who made several changes from the original version.

Players like the game and critics and player both gave very positive review about the game. This game won the gamest magazine award. In the year 1994 Hanafram launched the Snow Bros 2:With New Elves. Masahiro Yuge who is a Japanese and his company Tatsuin owned the rights of the title. 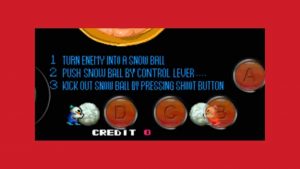 This game first released in the year 1990 in Japanese arcades by Toaplan. after that in May 1990 in North America by Romstar and lastly in Europe. The sound track was given by the Osamu Ota.

In the year 1994 sequel of Snow Bros 2 released in Japan by the name Otenki Paradise:Snow Bros 2. This Snow Bros 2 is the last arcade project that was developed by Toaplan because after the release of the Snow Bros the company goes bankrupt. Snow Bros developer face losses due to launched of the many similar games.

Snow Bros one of the most popular game of 90’s are back and now lovers of the Snow Bros can able to download this game from Google Play and enjoy. In this game you have 50 levels and each level you have to fight with the monsters and save the princess.

Ocean France created the Amiga Version of this game and Ocean software are working on the Snow Bros that earlier work on the conversation like Pang ,Rainbow Island and lastly The Story of Bubble Bobble 2.

Ocean software needs a licence for doing so from the Europisn Computer Entertainment in the year 1990.and finally converting task is finished by Adane. Because this did not receive any support from Toaplan. Amiga Port is needed by the team at Ocean France to be as original as possible for them.

Putting in mind tall the graphics and technique converting is very difficult but it is done on Amiga and Atari ST systems.Low memory is used to make stages like that of Jigsaw Puzzle. so that it will allowed the element of easier coding.

Review of Snow Bros by Gamespot

According to the GameSpot this is like the original game which was released in the year 1990. The graphics which is used in the game play is very original.

Music of the game play  is enthusiastic and is very good but the main thing is the game the game is worth playing you have to play it once. You have clear the stages by competing the monsters that are different in every stage you have to make snow and throw on to the monster to beat them.

This is very easy sort of game not realy tuff you can easily finished all the levels. The co-op mode is best and very interesting moreover the new thing is the power ups that are very interesting and advance.

Review of Snow Bros by User

According to me the review has said overall the game is good and can be considered as one of the favorite games of all times. Music is sort of interesting and good as well as levels are design smartly. There are some power ups used in the game are good overall the good game for time pass.