One punch man season 3 makers delay the release. One punch man season 3 is a Japanese anime series created by artist One. It is the story of Saitama who is 25 years old boy with bold hair from Japan, who do not have any superpower but he is physically made himself so strong that he with one punch can defeat anyone.

Click here to read about One Punch Man webcomic

Review for one punch man season 1 and season 2

There are a total of 12 episodes each episode is full of adventure and fun. The starting episodes are best to watch very entertainingly. If you love watching Anime then this is the best anime series to watch.

The Strongest Man !! The vaccine man create havoc in the city and almost killed a girl when Saitama came to save the girl from him with just one punch.

The Lone Cyborg !! Genos a Cyborg found a mutant named mosquito girl who drain blood from the body of everyone who came across her. Genos was not able to fight her then Saitama enter and save Genos from her and kill Mosquito Girl.

The Obsessive Scientist !! Doctor Genus founding leader of the house of Evolution wants to study the power of Saitama. Saitama with Genos reach the house and then Doctor Genus releases his strongest creature that is the unstable Carnage Kabuto. Which makes Saitama fight with his limitless power. 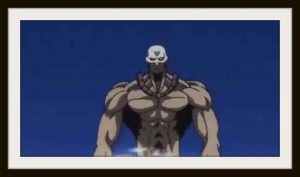 The Modern Ninja !! In this episode, Hammerhead forms the Paradise terrorist cell so that they demand free goods for the unemployed using stolen enhancement suits. 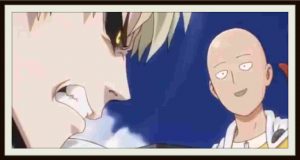 The Ultimate Master !! Saitama and Genos appeared for the Hero Association Exam where Genos is placed in s-class and Saitama is placed in C-class.

The Terrifying City !! This is the sixth episode in this episode you dee Saitama tries to mentoring Genos.

The Ultimate Disciple !! City z is threatened with destruction by a giant monster. All heroes are called to destroy this monster.

The deep sea King !! Several sea monsters attack the citizens and a big deep sea monster appears who defeats all the S-class heroes.

Unyielding Justice !! In this episode, Saitama was promoted to B-class.

Unparalleled Peril !! In this episode, Saitama with S class heroes is coming together to be informed about an extreme danger happening.

The Dominator of the Universe !! In this episode, you will see an alien land on Earth during the S-class hero meeting.

The Strongest Hero !! In an epic battle, Saitama fights with an alien leader. When the S-class heroes fight the alien warriors and destroy the spaceship. this is the last episode of One Punch Man.

Return of the Hero !! In this episode, we see Saitama and Geno’s shopping when they came across the demonic robot  G4.

The Human Monster !! A declaration of war issued by Genos on the Hero Association by Garou through terrifying means.

The Hunt Begins !! Tank Top Master and his followers were attacked by Gerou. Garou continues attacking the heroes and then came Saitama who buys a wig to join the martial Art tournament and fight with Garou.

Metal Bat !! In this episode, we see that Saitama disguised himself as Chankaro in order to fight in martial art tournament

The Martial Arts Tournament !! Metal Bat and Garou fight. And we see  Garou in the audience and Saitama is in the tournament.

The Monster Uprising !! Saitama was in the tournament and Genos receive a signal that there are 5 monsters present in the city . Saitama continues his obstacle in the tournament. Blizzard tries to fight the monster.

The Class S Heroes !! The class S heroes fight against the monster incursions. As the tournament reaches its finale,  Meanwhile  Atomic Samural comes up with a plan.

The residence of the strong !! Goketsu, who is the champion of the tournament reached the stadium. Goketsu now becomes a monster and he forces other competitors to turn into monsters. It is now up to Suiryu to fight with them alone.

The Troubles of the Strongest !! In this episode we the return of Saitama in the battle but he is in a gloomy state.

The Varieties of Pride !! When some S-class heroes make an entry. Garou continues his fight against A-class heroes while

The Wiping of the Disciple’s Butt !! Bang from the former Monster Association reappears while the fight against the Garou continues.