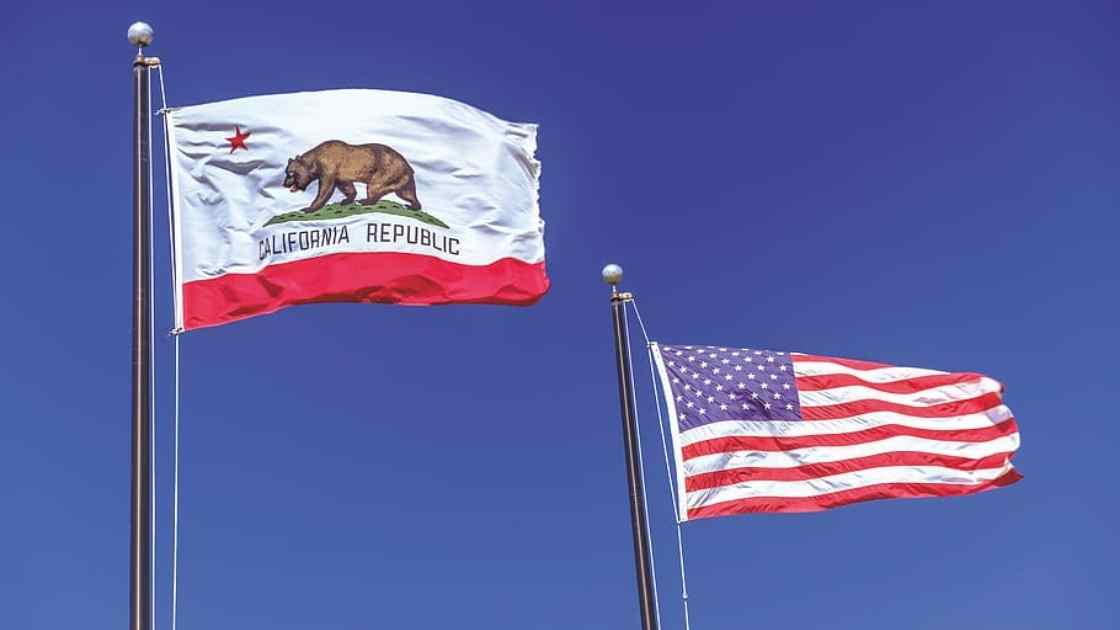 Design of the California Flag 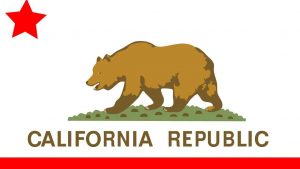 The color and design of the flag is the most beautiful and it is inspired by the Mexican revolt. There is a wide red strip along the bottom of the flag, the grizzly bear in the center and a red star at the top left corner makes the flag looks more beautiful.

The California grizzly Bear who appeared on the Flag is actually the bear whose name was Monarch.Monarch was captured in 1889 and was kept in San Francisco In Woodwards Gardens and then after that he shifted to zoo.Monarch died in the year 1911 and at the Academy of Science at Golden Gate he was preserved. Peter Storm was the man who design the Grizzly Bear Flag. 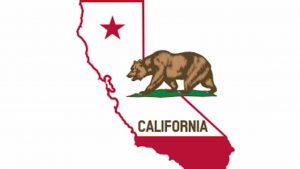 The design of the Flag is somewhat inspired from the Mexican Revolt in 1846. At that time when California was a part of the Mexico. The revolt carry for a month but it failed and California doesn’t got independence from Mexico but the design of Bear Flag got inspiration from that revolt.So for every Californian it should be clear that the design and inspiration of the flag is taken from there.  Know Thyself

The North American Vexillological Association also known as NAVA surveyed in the year 2001 where 72 U.S.state flag was considered and the Flag of California was ranked at the 13th position.

In the 2004 Thrillist which is a very popular publication house in California has also ranked the California Flag on the 8 position.

Monarch(The Bear on the Flag)

Monarch is the only bear who appear on the flag. Monarch is the last grizzly bear who is captured  in 1889 and was kept in San Francisco In Woodwards Gardens and then after that he shifted to zoo.Monarch died in the year 1911 and at the Academy of Science at Golden Gate he was preserved. If you ever visit California not to forget to see this preserved bear who is kept there and who is a symbol of the California Flag.

You can say that it is tradition or something like that California people make Wood California Flag and kept it in there houses. If you are eager to purchase wood flag don’t worry go online you will come across many website for that.

A website known as Monarch Bear Institute by  Psychologist Rodney Karr. According to him Monarch is not just a bear. In San Francisco he is only an expert on Monarch. A bear is a strength and has become the symbol of California.