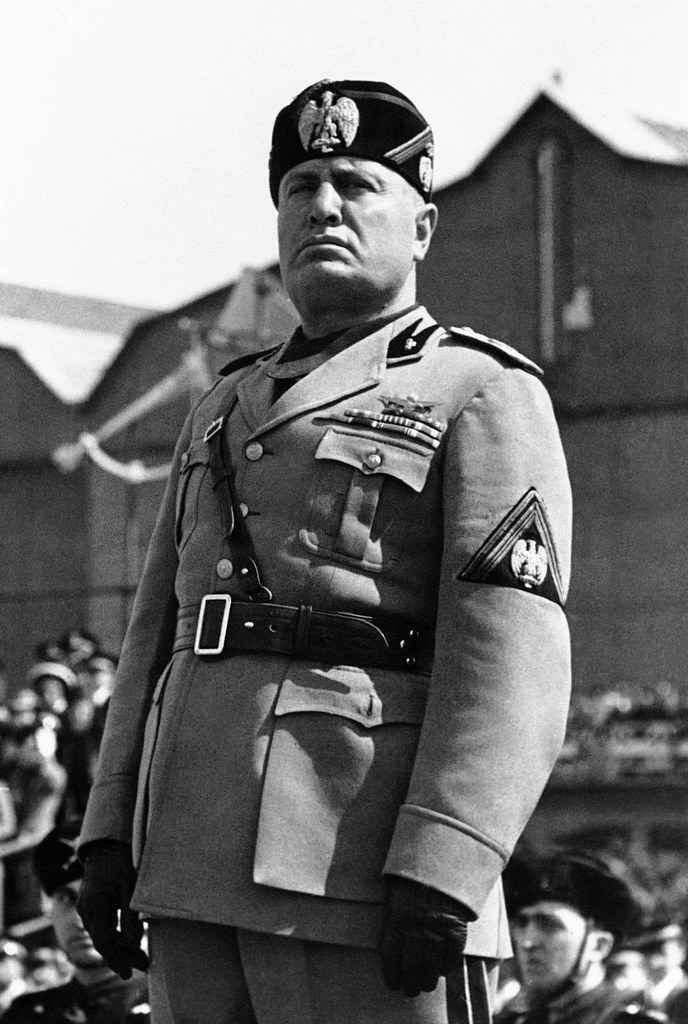 Benito Mussolini was an Italian political leader his full name is Benito Amilcare Andrea Mussolini commonly known as Benito Mussolini. He was born in the year 1883. Benito born in a socialistic family his father was a blacksmith and mother who was catholic.

Born in a small family in Verano di Costa, Italy.Benito was born in a poor family where his father is  a blacksmith as well as a part time socialist journalist whereas his mother is a school teacher.

Benito Mussolini got his name from Benito Jaurez who is an revolutionist of Mexico. Mussolini was not very obedient child in his childhood. at the age of 10 he even stabbed his fellow students. By the age of 14 he again stabbed the fellow student where he got suspended from school.

From his childhood stories you can imagine that how Mussolini actually was kind of. He is very disobedient,unruly child and never listen to his elders.He is very aggressive too.He was to a boarding where is not controlled by anyone and he prove himself to be more troublesome than ever.  Adolf Hitler

But when you talk about intelligence Benito Mussolini was very intelligent boy and he passed out without any difficulty. Later he worked as a school teacher but he didn’t liked the work he might realize that this was not meant for him.

At the age of 19 Mussolini left Italy and went to the Switzerland for job and shifted from one job to another regularly. He is gaining popularity somehow he empress his companions with his impressive personality.

He gain much reputation as a political journalist and speaker and he also produce propaganda far a union trade and started to instigate strike and create violence for fulfilling his demands. During this he also arrested and imprisoned too.In 1904 he returned to Italy and various newspaper mentioned his name. 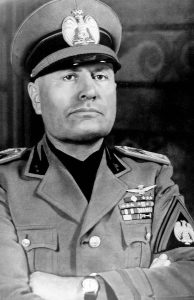 Benito Mussolini joined World War 1 in 1915 and fought on the front line. In the war he obtained a corporal rank.Mussolini returned to journalist in 1918 and made pressure on the government to seize control over Italy.

In 1919 when the Treaty of Versailles happened he was dissatisfied with it, So he started gather the various fascist in order to form a national organisation which named as Fasci Italiani di Combattimento. He encourage violence and stock weapons in his office.

Rise to power in the hands of Benito Mussolini

After all this happened By the end of the year he gained much popularity and stood in the elections as a candidate of Fascist. After 2 days Mussolini got arrested on the charge of collecting arms and explosives but soon released on the next day without any charges.

Later in the year 1921, Victor Emmanuel the King of Italy dissolve the Parliament because of growing so much  violence in the country. This was a turning point where elections was won by the Fascists and Mussolini become the deputy in the Parliament. The Fascists now become the Partito Nazionale Fascista. 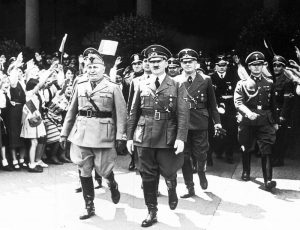 At first Hitler was refused by the Mussolini. Mussolini didn’t take Hitler seriously.In 1930 when election in Germany took place he started giving Hitler an advice but Hitler didn’t take it and two men met in 1934.By the year 1936 Mussolini understood that the two parties Nazi in Germany and Fascist of Italy has built on the common ground.The two men started working together in Spain. In the year 1937 Mussolini visited Germany for the Fascist-Nazi solidarity. In 1938 Hitler took over Austria.

On 3rd May Hitler accompanied by Goebbels and Ribbentrop and many party officials to Rome.In Rome for Hitler welcome a special station is built for them and welcomed and greeted by Mussolini and King Victor Emmanuel. Whole Rome was decorated with swastikas. But Hitler reacted  that he felt disdain and he felt uncomfortable.