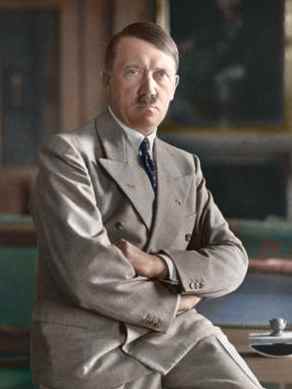 Adolf Hitler who is very commonly known as The Dictator of Germany belongs to Nazi Party politician and the leader. Born in 1889 on 20th April and died mysteriously on 30th April 1945 at the age of 56. He rose as the Chancellor of Germany in the year 1933 and as Fuhrer later in 1934.

Hitler initiated World War II in Europe by invading Poland dated 1 September 1939, he did this during the reign of his dictatorship from 1933 to 1945. He was very much involved in various military operations and was also a central head to the perpetration of the Holocaust.

Hitler was known to be born in Austria which is in Hungry and raised particularly in Linz. In the year 1923 Hitler tried an attempt to seize governmental power and failed and imprisoned for that for 5 years.

In jail he wrote his first autobiography and political manifesto Mein Kampf. Hitler gained the popularity and become very popular among German politician after the release of the book in the year 1924. Hitler start promoting the Pan-Germanism and anti-communism and also attack on the Treaty of Versailles. 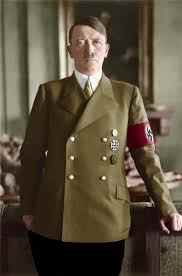 By November 1932, Nazi party had the most seats in Germany but it still wasn’t a majority party. In order to appoint the Hitler as the chancellor on January 30 1933,Franz von Papen the former who is the chancellor and with him many other conservative leaders requested President Paul Von Hindenburg.

There are numerous causes of the start of World War II. The worldwide economic depression is one of the major cause apart from that failure of appeasement fall the another reason for the World War ii whereas the rise of militarism in Germany and Japan and the failure of league of Nations. September 1, 1939, German troops invaded Poland.

The sudden suicide of Adolf and the German unconditional surrender on 8 May 1945, changed the whole story, then World War II changed the political alignment and social structure of the globe. 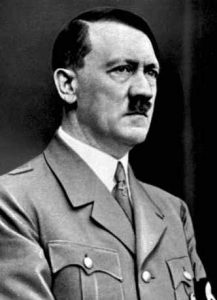 He planned to eliminate Jews from Germany he actually aimed at doing so, and by doing such wanted to establish a new order. It is said that the main cause of the World War ii in Europe is the aggressive foreign policy of Hitler.

Hitler invaded Poland on 1st September by directing large-scale rearmament which result in declaring  the war by Britain and France on Germany. As a result, by the end of 1941, most of Europe and North Africa was occupied by the German forces.                 50 most popular women

All these achievements were turned back in 1945 when the Allied armies defeated the German army. He married his beloved Eva Braun on 29 April,1945 in Berlin, within two days of marriage the couple committed suicide in order to avoid their capture by the Soviet Red Army, and finally their corpses were burned into ashes.

How did Hitler died?

It is said that he commuted suicide in 1945 on 30 April in the Underground bunker.It is believe that he shot himself and his wife whom he married on 29 April 1945 also shot dead.

Later in the year 1970 the buried body of lither identified by the dental records which is secretly buried with his ashes scattered.

Hitler, an abnormal soldier, a dictator and a very cruel person.He dislike Jews and killed thousands of Jews and also homosexuals. He said to clean the world and cleaning Germany. He has a tendency to destroy the people due to which thousands of people suffered losses of life and property. Due to his wrong doings and his dictatorship he is still remembered.

1 thought on “Adolf Hitler : The dictator of Germany”