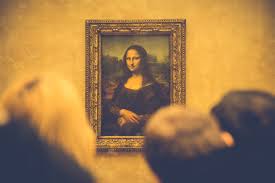 Famous paintings in the world. We all know that are world is full of talent and one of those talent was painting. Every year billions were spend by the museum to maintain these famous painting and organise auction. According to google search engine the top paintings that are searched most we are going to list here.

The Five famous Paintings in the world

Mona Lisa – 1st in list of of famous paintings

Mona Lisa one of the worlds most famous paintings by Leonardo da Vinci. The mysterious lady  with smile was not surprisingly the world best painting and most famous too.

The painting was not very much  known to the world before the 20 century but in 1911 an ex employee steel the painting and for two years hid it. That made the paining famous and help growing the popularity of the painting.

The Last Supper – 2nd in list of of famous paintings

This famous paintings was also from the Leonardo de Vinci during 1495 to 1498. You can visit the museum in Milan Italy and see the painting.
The Last supper shows the picture in which he is having supper last time with his followers before crucifixion.  The painting was very huge fresco around 4.6 meters or 15 feet high and 28.9 feet wide i.e. 8.8 meters which when viewed was memorable.
Did you know that Napoleon’s troops  used this fresco wall for practicing during world war ii the painting survived but the roof destroyed.You cans visit and see the painting  at Mauritshuis The Hague, Netherlands

In 2012 to 2014 the painting went on tour to Italy, Japan and United States, the painting attract most of the people towards the worlds most famous painting. You cans visit and see the painting  at Mauritshuis The Hague, Netherlands

The Birth of Venus – 4th in list of of famous paintings

The painting was a masterpiece and at that time nudity was rare and doing painting showing the intimate area was a dare. The love Goddess coming out from the shell was masterpiece of the artist.

If you want have a look at this beautiful painting you can visit Florence, Italy at see this at  Le Gallerie Degli Uffizi.

Creation Of Adam – 5th in list of of famous paintings

The most famous work of Michelangelo was painting on the ceiling Creation of Adam. The finest artist Michelangelo painting covers the section of the Sistine Chapel’s ceiling.
One of the renowned image in the history done during 1508 to 1512.In the painting God stretches his arms and to touch Adam.
Michelangelo no doubt was the most talented artist the detailing and muscular body depict that he was fine in his work. You can also see the work of Michelangelo at the Galleria dell’Accademia in Florence.
500 years old painting was not known to the world as it was covered with expose of the candle smoke. After a cleaning in 1989 everyone was shocked to see this hidden masterpiece.
Buy PlayStation 4 console

1 thought on “5 Famous Paintings in the world”