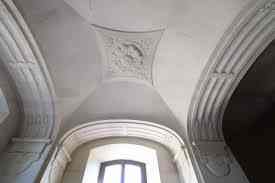 Some of the Plaster of Paris uses

2. It is also used to make many decorative things.

3. It is also used in giving finishing touches to the building.

4. POP is also used in orthopedics in order to cure the fracture.

5. POP is also used in Fresco painting because of it quality of not shrinking and sunk in water.

6. It is also used to make the idols of God.

7. One of the use of POP is it that it is fire resistance that is why it is used to cover the wood and metal things to avoid any accident. 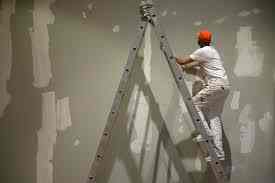 2. Gypsum is also used in making Plaster of Paris

3. It is also used in manufacturing of wallboard.

5. Gypsum is also used in construction of building.

Gypsum and Plaster of Paris similarities

There are many similarity among the gypsum and plaster of Paris. Gypsum is natural occurring minerals where as plaster of Paris is manufactured by using gypsum. Gypsum board is factory made.both the minerals are light in weight and both the minerals are fire resistance and heat insulated and that is why it becomes people’s first choice. Especially fall ceiling design are in demand.

If you are also planning for installation of false ceiling here are some of the suggestion for you all. Gypsum boards come in ready to install form and prefabricated form. You just have to screw it up in metal frame and fixed it. You should confirm that your metal frame should be of good quality and rust proof so that it has long durability.

Advantage and disadvantages of using gypsum

Gypsum is already finished and need to just put in place. It is time saving and neat and clean method of installation but by the time cracks and joints can been seen and ceiling has to be broken down if repair. in case gypsum ceiling absorb moisture it may happen to fungal growth so it is necessary to select good quality of gypsum board.

Advantages and disadvantages of using Plaster of Paris

As compare to gypsum, pop is lengthy process of installation. Pop is available in market in form of fine white powder and on the site where you have to install ceiling have to mix water and form a paste of it then moulded in shapes and let it dries and then put on the pop ceiling design.