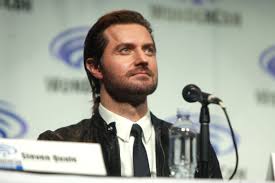 Richard Armitage is an English actor born on 22 August 1971 In the year 2004 he gained popularity with the role of John Thornton which telecast on the British television programme “North and South”. Latar  he got a chance to play a role of a dwarf prince in Peter Jackson’s film “The Hobbit” which gave him known to the world ,he gain international recognition.

Richard was born and raised in England in Leicester.His mother name was Margaret and she  was a secretary and his name was John Armitage and he was an engineer. Richard was younger and his elder brother name was  Chris.

Richard Armitage attended the Huncote Community Primary School in Huncote, Blaby District, Leicestershire and after that he complete his higher secondary schooling from the local comprehensive school in Brockington College.

He did his schooling from Pattison college in Binley Road, Coventry. He understood that he has to do acting. He started attending theatres musical and classical theatre as well.  Ashley Johnson

Richard Armitage started his career in 1999 with some decent roles in Star Wars:The Phantom Menace, Cleopatra.He took part in Macbeth tour in 2000 tour of Japan and USA. Then  the role of John Standring in Sparkhouse in 2002 he played is charming.

In the year 2005 he played the role of Steven in frozen after playing guest roles like Cold Feet and Between the Streets. By 2004 he get famous and receive recogination in UK with the  character of John Thornton in North and South in 2004.

Richard Armitage went to joined LAMDA  and started The Cherry Orchard and The Normal Heart among others. From then he starte getting good role like Robin Hood. In 2008 to 2010 he got to play the role of Lucas North in British series Spooks. From then he kept on working in the British television.he got to play a very small role in Captain America:the first Avenger.

After that he was known to the world by Thorin Oakensheid in The Hobbit. For the movie The Hobbit he get the Saturn Award. In the third season of Hannibal started in the year 2015 he play the character of the dangerous serial Killer for which he got the Saturn Award.

He also get chance to play the lead role in one Epix Original series in 2016 Berlin Station.For his good acting he got positive review and get more chances to play good characters. The films like Pilgrimage get in his way and for which he get many good and positive reviews. HE also gave his voice to the Trevor Belmont on Netflix series Castlevania.

The success from The Hobbit

Richard Armtiage got his first recogination from the success of The Hobbit. With the success of the Hobbit rumor also spread with his popularity that he was a gay. Richard Armtiage gain popularity and become famous and known to the world and as his popularity increase rumor also spread and he was also link with his co star Lee Pace as they were seen roaming around and attending the red carpet together.

The rumor of Gay Couple Lee Pace and Richard Armtiage spread after a picture or their image together posing for a photo in public.

Richard Armitage lives quite secret life. His engagement status with Samantha Colley was broken. It is not known now  who is the actor is dating whethjer married or not it is unknown.

Long before Samantha Colley the actor is dating with the beautiful British actress Annabel Capper, But he never disclose the reason why they breakup.

Richard Armitage was dedicated actor and very talented but he always kept his personal life away from the public.