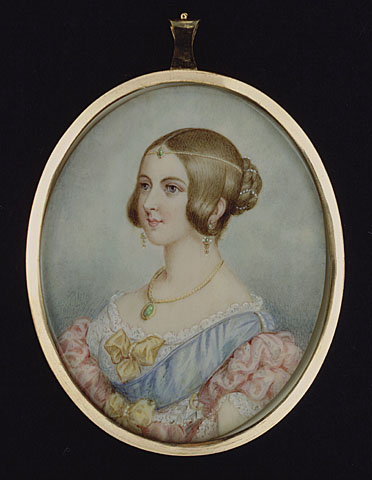 Alexandrina Victoria is what her childhood name Victoria become the Queen Victoria . The queen of the United Kingdom of Great Britain   from 1837., She died  in 1901 and till she was a queen of England.. Queen Victoria was born in the year 1919  at the Kensington Palace in London.The ere from 1837 to 1901 till the Queen died that era is known as the Victoria era.

On 15 October 1839, Queen Victoria proposed to  Prince Albert of Saxe-Coburg who is her first cousin also. Albert and Victoria felt in love and they got married on 10 February 1840, in the Chapel Royal of  St. James’s Palace in London.

Queen Victoria married to her first cousin Prince Albert in 1840 and their children also married in the royal families out of which Victoria gained sobriquet and she was called to be grandmother of Europe. How many children does Queen Victoria have? … she has nine children four boys and six girls. In 1861 her husband Prince Albert died  at the age of 42.  50 most popular women

The death of her husband made her very sad and she didn’t able to make public experience. Due to which she start loosing her popularity but soon she regained her popularity. In the year 1901 she died on the Isle of Wight. She was succeeded by  Edward VII her son.

Duke of Kent and Strathearn, Prince Edward who was the father of Queen Victoria.  During 1817  Princess Charlotte of Wales, is the only grandchild of George III and she died in 1817 a=which forces the Duke of Kent and his brother to get married and have children.

A widowed German Princess named Princess Victoria of Saxe-Coburg-Saalfeld with her two children Carl and  Feodora by her first marriage to Prince of Leiningen. The only child of Duke and Duchess was Victoria. who was born at 4:15 am on 24 May 1819.

1. First most important fact that most of the people don’t know about Queen Victoria was that she was raised by single mother alter after her husband died she raised her children as single mother.

Victoria father died out of pneumonia  in 1820 when Victoria was a just a year old. She was raised by her mother and also lived with her at the  Kensington Palace.

When she became the Queen and moved to the Buckingham Palace , she was isolated from her her mother though her mother also stays in the palace but far from her.  When her husband died she was left alone and gone in depression and become single mother and alone raised her children.

2.Queen Victoria become the first to have disease  Hemophilia, a blood clotting disorder that become the Royal disease. Since blood doesn’t coagulate the person sometimes bleeds and it is very painful. Queen Victoria is suffering from such disease.

3.During her reign serious  attempt of murder against her happens. In 1840 a young boy fired shots to the queen’s carriage. Another attack when John   Francis made attempt to kill queen not once but twice.

In the same year  a young boy  John William Bean to fired on the Queen with the gun loaded with tobacco and paper. William Hamilton  who was an Irish man and the second was  an ex-Army officer Robert Pate also tried to hit the Queen.