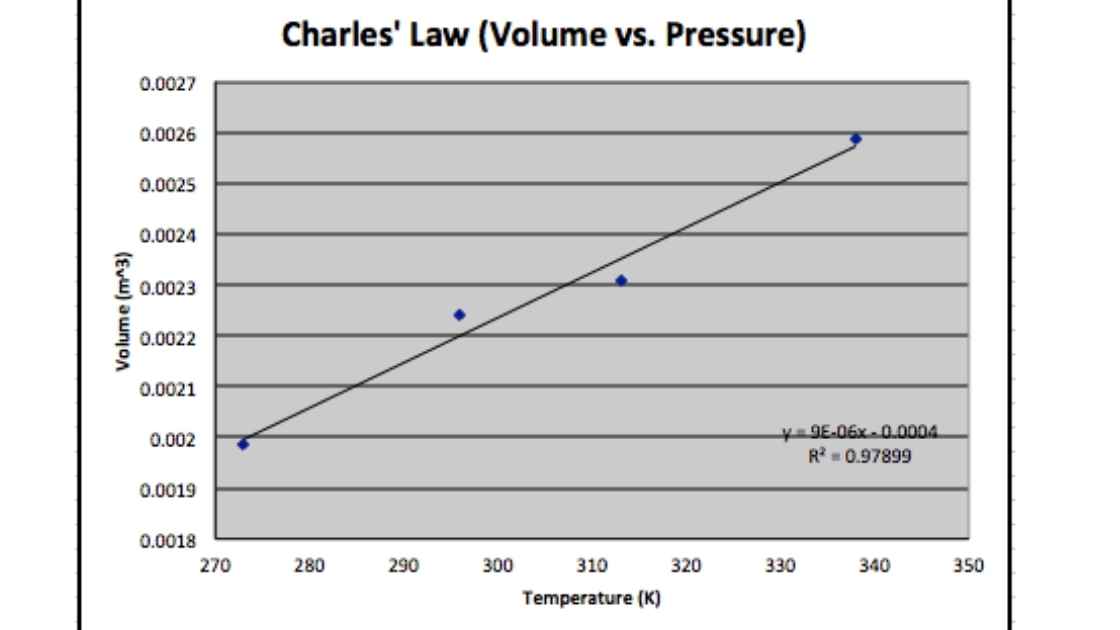 Charles law is basically an experimented Gas law that describes well how gases expands when heated. This Law was named after the name of a famous scientist Jacques Charles in the year 1970.

Charles Law also states that at constant pressure the volume of an ideal gas is directly proportional to its absolute temperature (V=T, at P const.) but this work was described in his unpublished work.

We can represent the Charles law using the following equations:

In this V and T varies directly,i.e. in direct proportion to each other so we can equate them using a constant k.    Series calculator

Now we will take 2 volumes and temperatures respectively.

Equating both the equations we will get

Now the formula can be written as:

In order to convert the kelvin unit to a Celsius unit you need to add 273 to the temperature in the Celsius scale.

Charles law has some common examples in our day to day life:

So basically Charles Law in simple term can be described as the volume occupied by the gas is directly proportional to its absolute temperature provided the pressure is kept constant.

The lowest possible temperature is -273.15 degree Celsius only.

Charles Law on a greater note shows how gases when heated tends to expand. It has a direct relation with the temperature, pressure, and volume of a given mass of a gas where pressure remains constant.

Some more examples of Charles Law are as follows: