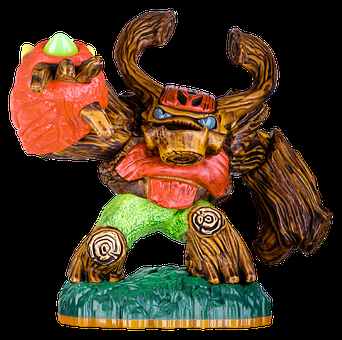 Skylanders series is a video game published b Activition Publishing,Inc. The game is toys action and adventures video game. The game start by placing the figures of toys which is called Skylander and placing skylander on the Portal of Power.

The main characters are the skylander in the game. These are the legendary characters and champions in skylanders worlds. The main mission of these  are to protect the skylands and to keep all the evil forces away from Skyland. With the help of the portal master skylanders defeated evil and protect the Skylands for generation with Partal Masters help which out which it won’t be possible. They protect the core of light. Click here to know Fortnite Video game.

Kaos who is an evil destroy the Core of Light and Skylands is gone in his hand. It is the player who fight battkle with the Kaos and bring the skylands back. In the game each skylander is associated with the Portal Masters 10 elements of skylnads which is Earth,Fire,water, Air, Magic, Tech, Life, Dark, Light, Undead.

Who is Kaos and it character?

Kaos is the evil character in the Skylanders Video Game and he is the main antoginist who destroy the core of light and take away the Skyland under his control. He is an evil Portal Master with a Napolean look. He is very cruel and is behind all the plotting against the Skylands.

The very second version launched in 2012 is Giants. It is the sequel of the Sypro’s Adventure. In this new series a new team of Skylanders is introduces called Giants.They are called Giants because they are massive and they were the first Skylanders who stops the Arkeyans. Giants can lift the heavy trees and also throw it and also can lift heavy items like rock.

The third installment of the Skylanders Video Games was Swap Forse which was released in 2013.The new group of skylanders known as Swap Force they are the one who can swap the aboility to top to bottom.In the gamr the Swap Force fight the battle against the Kaos and his mother.

This is the fourth Editionof the Skylanders video game. In this fourth edition a Trap Team was introduced they are so called because they can trap enimies in certain Element trap which is called Traptainium. Two other elements light and Dark also introduced here in the game.

This is the sixth edition of the Skylander Video Game which was released in 2016 in North America,Europe, Australia and New Zealand. Developer announced that the game named Skylander Imaginators and they allow players to imagine and customise their own.Crash Bandicoot and Doctor Neo Cortex are guest stars appear in the game as Skylanders.