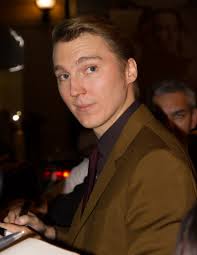 Paul Dano’s full name is Paul Franklin Dano a very famous American actor director and producer as well as a musician born on 19 June 1984. Paul started his career on Broadway.

Paul Dano won the award for L.I.E in 2002. He won many awards including Independent Spirit Award for Best Debut Performance and he also received many accolades for his performance. He also gets a nomination for BAFTA Awards for Best Supporting Actor for his dual role in There will be Blood in the year 2007.

Paul was considered the most talented personality and finest actor. Paul was praised for his roles like  John Tibeats in 12 Years a Slave and Alex Jones in Prisoners both of the films were released in 2013. His upcoming projects are The Batman which will be released in 2022.

After got success in their acting career, he try his luck with direction, he turn towards direction in 2018  with his directorial debut drama film Wildlife, whose story was based on the novel by Richard Ford. He also co-wrote the screenplay of the film with his wife Zoe Kazan.

Paul was born on 19 June 1984 in New York City to a businessman He also has one younger sister whom he loved very much her name is Sarah. Paul spend his childhood days in New York City only and attended the Browning School. Later his family moved to Connecticut and settled in Wilton from where he finished High school and complete his graduation in 2002 from Eugene Lang College, New York City. He gets himself involved in theaters.

Paul Dano married the screenwriter and actress Zoe Kazan. They were in a relationship from 2007 onward. They never disclose their meeting but they seem to work together in a play in 2007. The play was a romantic comedy written by Kazan. They attract each other. They worked together on many projects recently they wrote a Wildlife script.

Paul Dano and Zoe Kazan were blessed with a baby girl who was born in August 2018. Paul Dano was also passionate about the music he is the vocalist and also a guitarist of the Mook band.

The career of the Star Actor Paul Dano

Paul Dano is a dedicated actor.  At the age of 12, he started his career with the classic play Broadway. Later appeared in Inherit the Wind. He gets a minor role in an episode of the sitcom Smart Guy.

Paul Dano seems to be a lucky guy at the age of sixteen he got to play Howie Blitzer in L.I.E in 2001.  He is also lucky to work on the television film Too Young to Be a Dad in the movie he plays a boy in high school and pregnant his girlfriend. He also got a chance to work with beautiful Angelina Jolie and also co-star Ethan Hawke in Taking lives. The Girl Next Door, The Ballad of Jack and Rose, and The King are some of his super hit movies.

Paul’s remarkable performance was in 12 Years a Slave so far this was Paul’s one of best performances as John Tibeats for which he got a nomination in SAGA and also won the Black Real Award and also Boston Film Critics Association Award. Also, he was praised for his work in Love and Mercy.

Paul Dano as a Director

It seems that Paul Dano gained lots of experience from his work with great directors. When he go behind the cameras he was even more experienced.  He once said that he was an actor and he love doing what he is doing.