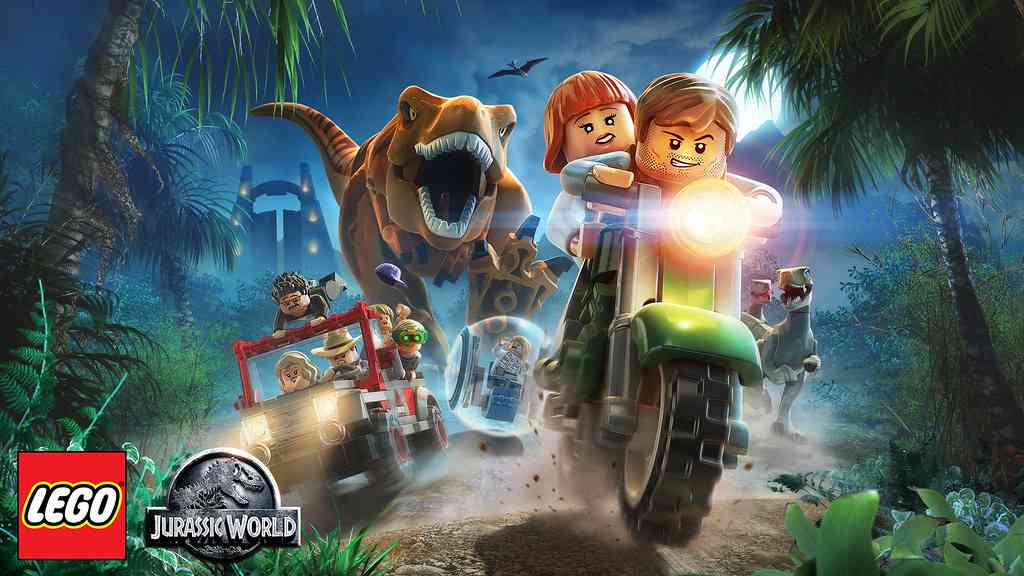 Lego Jurassic world video game are games based on the theme of Lego developed by TT Fusion. If you have watched Jurassic Park movie you will be knowing about the game. Actually Lego Jurassic Park Video game  is based on first four films of the Jurassic Park franchise. Itis an action adventure video game and a part of Lego themed video game. The game was released for Microsoft Window, Nintendo 3DS and also for Playstation 3,4 and PlayStation Vita, Wii U,Xbox 360 and one in 2016.

The game as you all know is Lego Jurassic World there are mare than 100 unlockable characters and dinosaurs species. Mr DNA provides the hints in the same way in Jurassic Park movie.  Dr. Alan Grant, Ian Malcolm, and Owen Grady also present in the game as they are in the Jurassic Park movie.
By traveling to Jurassic World Innovation Center and can create a new human characters of their own as well Hybrid dinosaur also created. There is also a 3D version of the game and you will feel the reality of the game but in 3D version you cannot roam freely.

Yes it is there are all the 4 movies cover in the Lego Jurassic Park Video Game. This year new Lego Avengers game going to release. Game will be releasing for Xbox 369,PlayStation 3,4 and also for PC.

The storyLine begins with Jurassic Park and continue to cover the rest of the series from Jurassic Park till $ part Jurassic world. The developers little bit modified the plot of the game in order to connect with the fifth level of film. All the scene that are violence and also dead scene are removed from the game and it become humorous in manner. Characters seen in the game are just trying to escape from dinosaurs.

Lego Jurassic World video game can be played online but the game is launched and is available to play  in PC,Xbox One,PS3,Wii U, Vita 3DS, PS4. So there is no need of playing the game online with online player although you can do it but offline playing game is also fun.

Why People Play the game?

Those who are fan of the Jurassic Park series would definitely like the game and also those who love to destroy the cities and places and roaming here and there freely will love to play the game and collecting the studs will like the game. Some players are waiting eagerly for the Lego Dimensions.but they will love the Lego Jurassic World game.

Lego Jurassic World has become the most selling game for the year 2015 and most copies were selling for Xbox 360 version.In UK the game has become the top selling game and it is revealed by the Warner Bros the the sold more than 4 millions copies.
Audio
Audio was amazing most of the actors from the Jurassic World has given there voices even Jimmy Fallon  also provide his voice for the game he had a cameo in the movie Jurassic World. Actors Chris Pratt, Nick Robinson, Ty Simpkins, Irrfan Khan, Bryce Dallas Howard, Omar Sy, BD Wong, Jake Johnson ,Vincent D’Onofrio and Lauren Lapkus.       Click here to know about Skylanders
Buy PlayStation 4 console